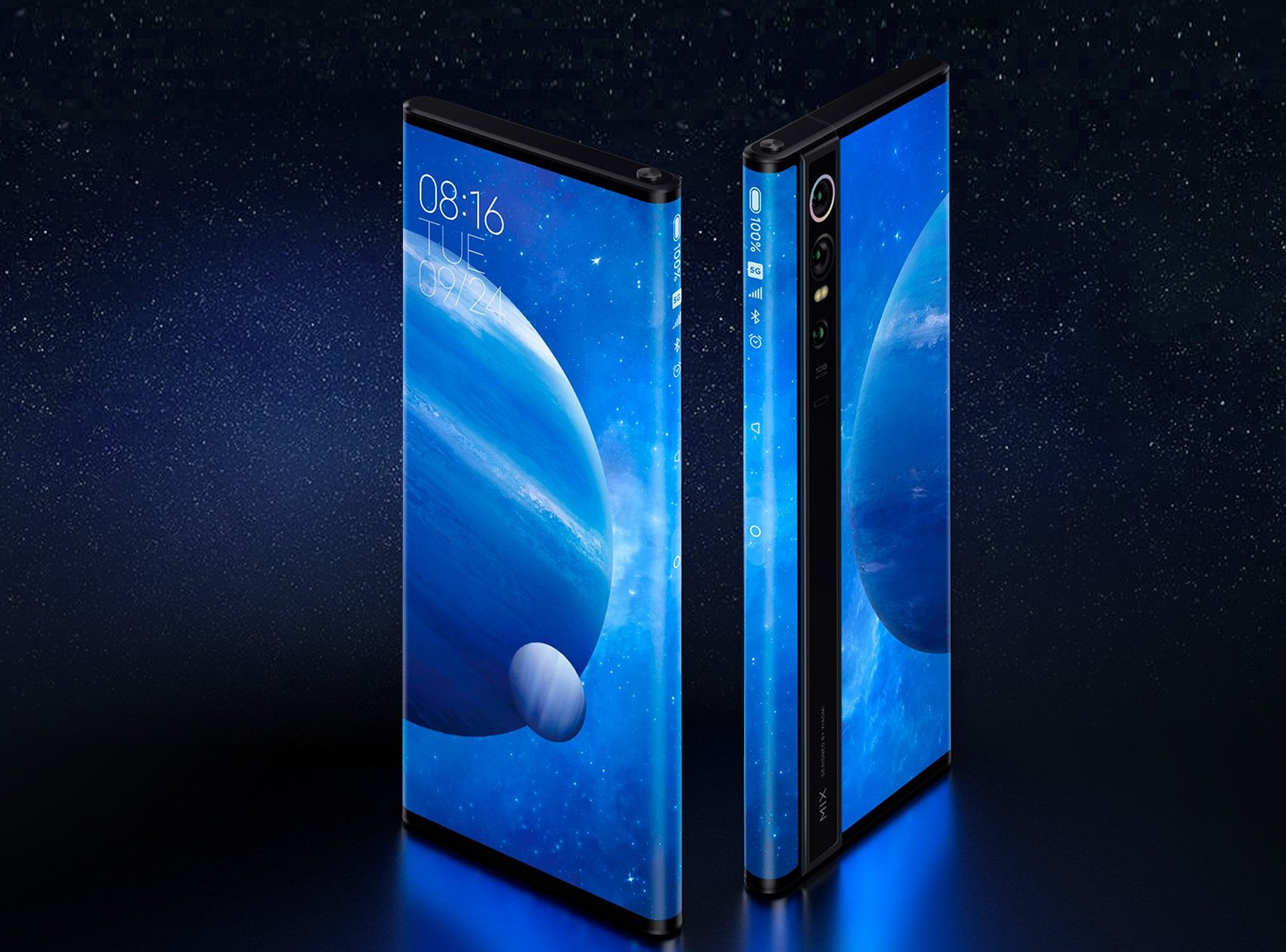 The Xiaomi Mi MIX Alpha is an Android-based smartphone manufactured by Xiaomi. Xiaomi describes it as a concept phone, but it will go into small-scale production. It will be released in December 2019. It will cost $ 2810 to buy.

Design
A 7.92 inch (201.2 mm) 2088 × 2250 Super AMOLED screen is used that wraps around the edges and almost stretches the entire width on both sides. There are virtual volume buttons instead of physical ones, although there is no physical power button at the top. Navigation buttons and status bar are also located at the edges of the device. A vertical ceramic strip is placed at the rear that houses the cameras, flash and antenna connectivity. The frame is a titanium alloy, but Xiaomi does not specify what material is used for the screen.

Hardware
The Mi Mix Alpha is powered by Qualcomm Snapdragon 855+ CPU and the Adreno 640 GPU, sharing its chipset with the Mi 9 Pro. It is only available in a variant with 12 GB of LPDDR4X RAM and 512 GB of non-expandable UFS 3.0 storage. A USB-C port is located at the bottom which is capable of recharging the 4050mAh battery up to 40W. A fingerprint on the optical viewfinder is used, and facial recognition is also supported. The phone frame is made of a titanium alloy, the edge of the back strap is made of ceramic, sapphire glass and covers the chambers. On the phone side, virtual side buttons are not pressure sensitive.

Camera
A triple camera configuration is used, which consists of a lens, a telephoto lens and an ultrawide lens like most flagships. Notably, it is the first device with a 108 MP sensor. The other two lenses use 12 MP and 20 MP sensors respectively. None of the lenses have OIS. This phone is also supports HDR. This phone also does not have a front camera, as the main camera is used as a replacement. Along with the normal recording modes, the device is capable of recording 6K of video at 30 fps, 4K video at 60 fps, and 1080p slow video at 960 fps.

Mi Mix Alpha works on MIUI 11, which is based on Android 10.

The display to explore the Futuro Mi MIX Surround display. The body is surrounded by a canvas
We may wonder what the phone will look like in the future, as we are surrounded by more extensive information. Perhaps in the future, the entire smartphone will look like a display. The Mi MIX alpha display extends from front to back. When the screen lights up, it’s like the universe: endless and limitless, but an incredibly futuristic feeling.

No votes so far! Be the first to rate this post.